#iPPP2Day24 Okay! Let’s go play with LEGO! Two apps today will render your carefully chosen photo into a special pixellated-into-blocks image. Try LEGO Photo and Photobricks. (Both are free!) The LEGO Photo lets you re-render your image with a variety of block colour palettes, letting you choose the one that works best for you. The Photobricks app tries to give you the best colour match for your original photo, and then goes one step further and gives you a block-by-block break down of the numbers of each block colour by size that you would need to actually construct your photo out of real bricks!** Too cool! 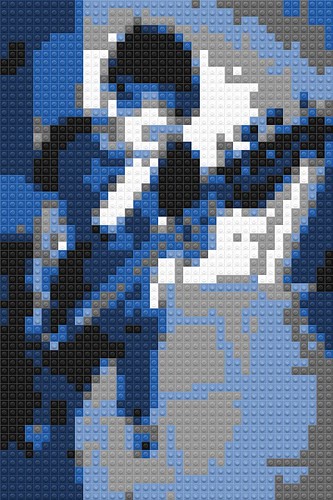 Some photos work better in pixellated form than others. This shot, for example, doesn’t quite provide the detail required to get the full context that was present in the original. 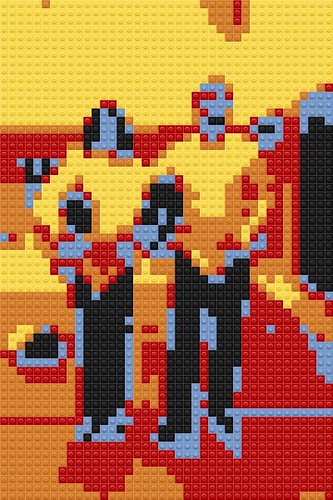 **The block-by-block breakdown provided by Photobricks is quite enticing. During the recent March Break, we stopped in at a LEGO store, and I investigated what would be required to gather the requisite bricks provided to build this image of the 105theHive.org logo. As it turns out, the 96×96 block image would be 3’x3′ square (nine of the standard 1’x1′ baseplates). Given that the LEGO store lets you custom select the brick you want from the big bins, the first step would be to find and count out all the necessary pieces. The attendant suggested building out of the 1×1 LEGO blocks rather than taking the time to sort out all of the various different sizes — so a task for a rainy day will be to recalculate what the app provides down into individual block pixels. (It’s rainy today!) 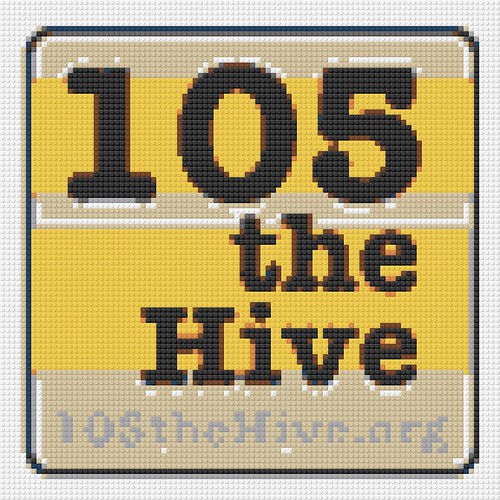 Post your pic to Flickr, and add it to the March iPhone Photo Project group. Tag it with #iPPP2Day24.