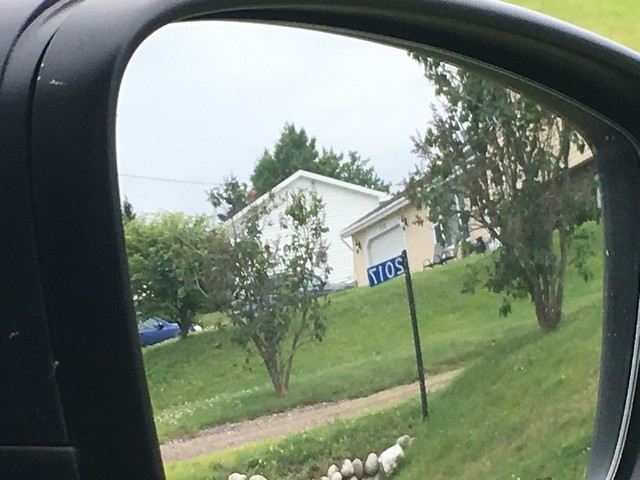 This little endeavor is in support of the momentous The Daily Create, tdc2017. “This is TDC number 2017 in the year 2017. We do not think this will ever happen again.”

The extended prompt said, “Find some symmetry or coincidence in numbers today, make not of it, make art of it. Numbers… have magic. You just have to look.”  The example image had 2017 reflected in the horizontal plane, which put the idea of a reflection in my mind.

Travelling in Nova Scotia, I figured my opportunities for finding an interesting 2017 might be limited, but then I recalled @cogdog‘s fondness for locating the number 106 while travelling and so decided to go with an address.

I entered 2017 in Google Maps search and located the nearest 2017 street address at only 9.7 km from my location. I confirmed the presence of a 911 civic address sign out near the road via Google Street View. 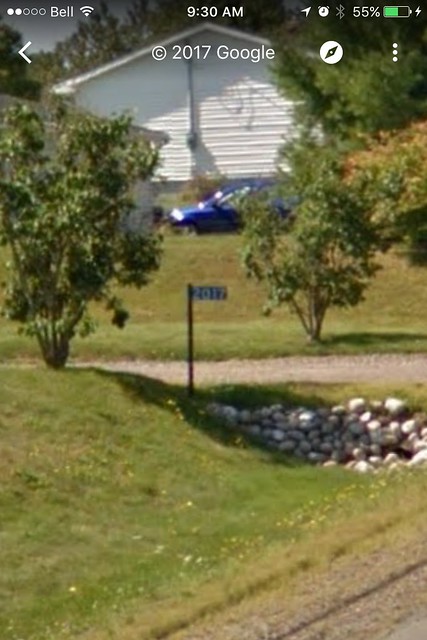 A short drive later and I contrived an opportunity to turn around in the necessary driveway. Getting the sign in my passenger side mirror (above) took a bit of maneuvering — snagging a simple head-on shot out the passenger window was a lot easier. 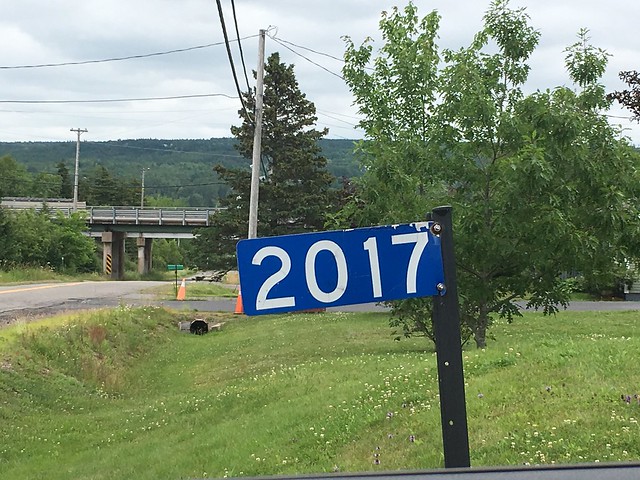 BeTWEEN the Spokes of a Penny Farthing