In light of recent reports of the new iPad running 10 degrees warmer than the iPad 2 (Consumer Reports Recommends New iPad As Your Next Home Grill), I though it timely to share something I recently came across from days gone by.

Way back in 2001, before there were blogs, but when there were newsgroups, I wrote and posted this piece on April 1st (April Fools’ Day), in celebration of the recently released Apple Powerbook G4 Titanium, which, like the new iPad, also attracted some attention for the heat it dissipated. 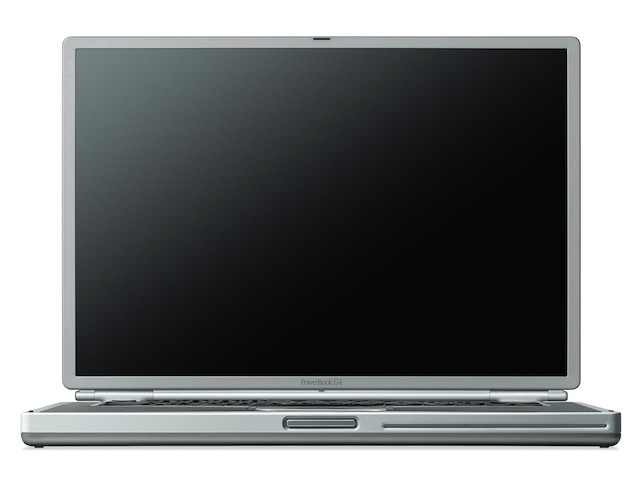 Available today from the online Apple Store and major computer retailers, the new Powerbook also ships with a folding spatula and collapsable wire-mesh grease splatter guard. “We figure many powerbook users already use the built-in coffee warming feature, we’d help them along to full productivity by giving them the extra tools they need to turn their new portable workstation into a full-fledged breakfast grill.” The radiant heat generated by the twin G4 processors, coupled with the smooth-metal titanium easy-clean finish of the ‘Book makes for a natural grilling surface. “We’re also bundling our new iBreakfast recipe software, at no extra cost, proving our desire to maintain our market leadership in this growing breakfast-niche market.”

Some early rev 1 Powerbook G4 owners are already complaining about being stuck with a “one-burner” setup. Others, however, see this as a great opportunity to get ahead of the competition by acquiring a second Powerbook and leaping to the front of the breakfast prep queue by offering three burners — just enough for a typical family breakfast prep — whether at home or on the road.

Nature-loving Mac enthusiasts are already packing their Powerbooks into the wild — this new development will only make the new Apple products more friendly, further reducing the weight in the backpack Third party vendors are already rumoured to be prepared to ship solar-powered rechargers, enabling enthusiasts to “cook with sunlight” and forgo the traditional naptha and kerosene stoves. “This is a major step forward, now we can do it all with one, quiet, sleek, enviromentally-friendly breakfast notebook. As soon as Apple ships the Titanium G4 with the Superdrive, I’ll be able to burn CDs, DVDs AND my eggs ‘n’ bacon, all at the same time !!!”

As it would turn out, the Powerbook G4 Titanium was my second Mac notebook (my fourth Mac), the first to ship with OS X, and an incredible workhorse for all that I was doing at the time. The launch of the Powerbook G4 Titanium was one of Steve Jobs’ classic “one more thing” product announcements, and occurred at the MacWorld 2001 San Francisco (at 1:31:15). After reviewing the soon-to-be-released OS X, DVD burners in Power Macs, introducing iTunes, the Digital Hub and the “evolution of the PC”, Jobs closed out the keynote by announcing the new Powerbook. I was fortunate enough to actually be sitting in the audience of the Moscone Centre for the keynote. It was an amazing show.

If you want, you can watch the full Steve Jobs Keynote Macworld 2001 SF here, or just sit back and enjoy the Powerbook G4 announcement:

Now, back to today’s news.

What about the “the New iPad is hot” reports? Is the New iPad hot?  I’ll say. While the “grill report” is interesting, it’s not the real story. The real story is the report that Apple sold 3 million of the things over the first weekend.

That’s the real proof that the New iPad is Hot.

cool tech imaginages learning something made