My good friend and colleague Doug Peterson (@dougpete on Twitter) called me out on his Doug – Off the Record blog this morning, in the introduction to his post entitled, Haiku Deck for iPad Presentations.  Before I get into this, I should mention that Doug astounds me with the regularity of his postings — they arrive every day (at 5:01 am), and many times will be the first thing I read in the morning. Kind of an Internet alarm clock, as it were. If he’s missed a day in the last — oh, I don’t know how long — I must not have been paying attention.

I initially started to compose my reply to his call out in the comment box on his blog, but then decided that all the links would trip up his Akismet plug-in. And so I post it here. 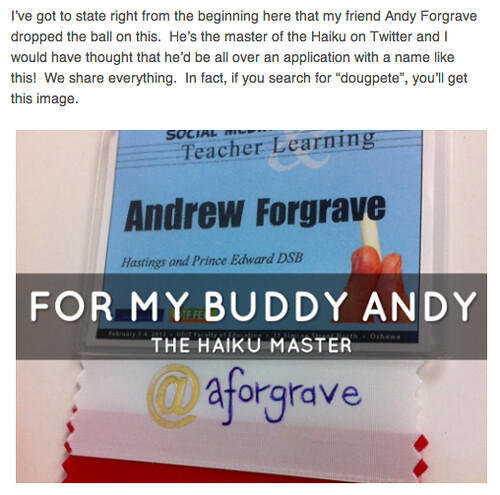 And so, my response. I will let #twHaiku do the talking.

The mighty #twHaiku,
Captures an essence of thought,
In Tweeting moments … 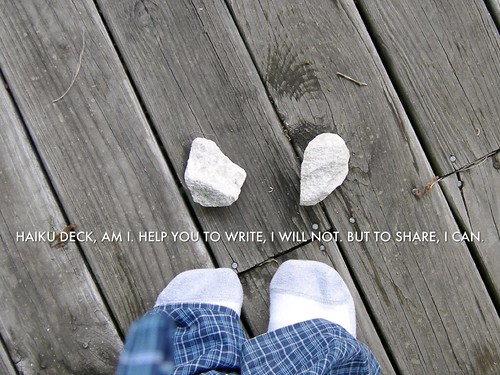 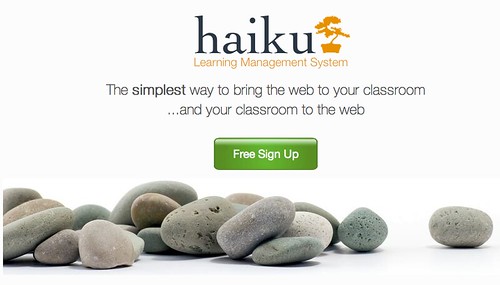 And similarly,
the LMS named Haiku,
Also caught my glance. 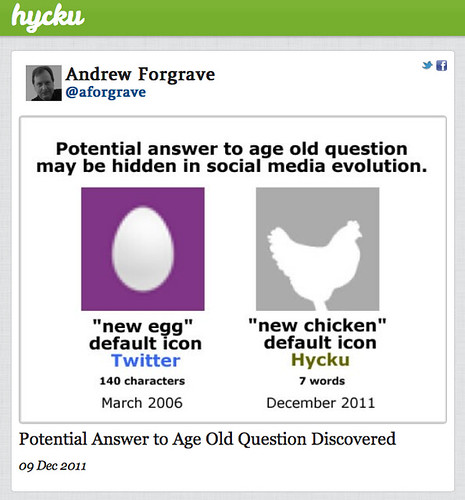 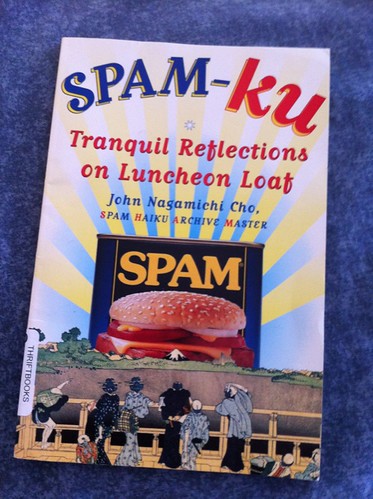 Some contemplations,
Gather in rumination.
May one day inform.

I realize that one typically does not present Haiku together — each should stand on its own.  And each of these does. But together they also provide a bit of a narrative. With some spaces in between.

If you’ve followed this far, you may be interested in “#whatsasyllableamongfriends” on streampunks.org.

learning something made tantalizing text thoughts