Alan Levine (@cogdog) put out a great post today, “You Don’t Get DS106 In a Box”, and a couple words just jumped right out at me.

When you dream of “ds106 in a box”, what you will get is actually just an empty box, a potential. – Alan Levine

You really should read Alan’s post yourself, as he talks about some of the frameworks (“the box”) that the ds106 Digital Storytelling community is built around — and provides some great history behind the community itself — but he makes a critical point (something that folks who are attempt to scale learning using LMS‘s and xMOOCs really need to understand) that with ds106 the true learning happens in the interactions between the people as they cohabit the ds106 space — just putting ds106 in a box gives nothing more than an empty box. 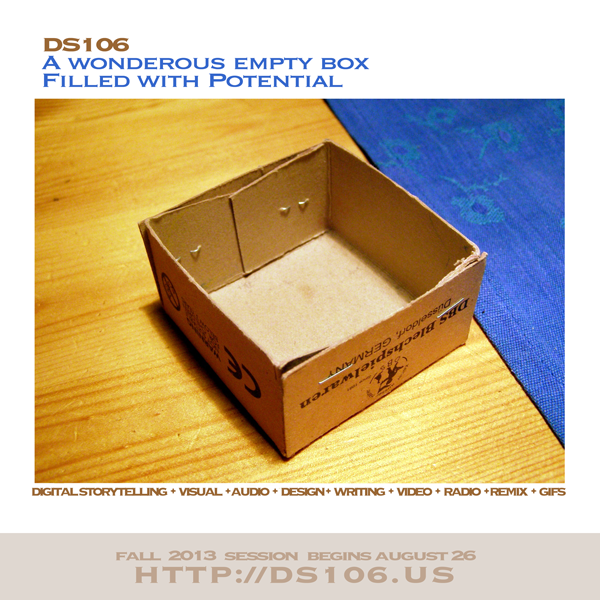 I went with a simple Haiku to capture the idea and caption the picture. The image in the poster is cc licensed ( BY ) flickr photo shared by Erich Ferdinand, and was used by Alan to punctuate his piece as the closing image on his post.  The image, seemed to call out for a poetic ds106 poster treatment.

While this poster isn’t animated (I resisted the impulse to stick a dancing @jimgroom in the box), it is in response to the August 2013 Animated GIF Challenge #3: Tell the World about DS106 GIF.

I’ve got another idea for an animated GIF poster for this assignment, but I wanted to get this idea set first. Lead on, Alan! 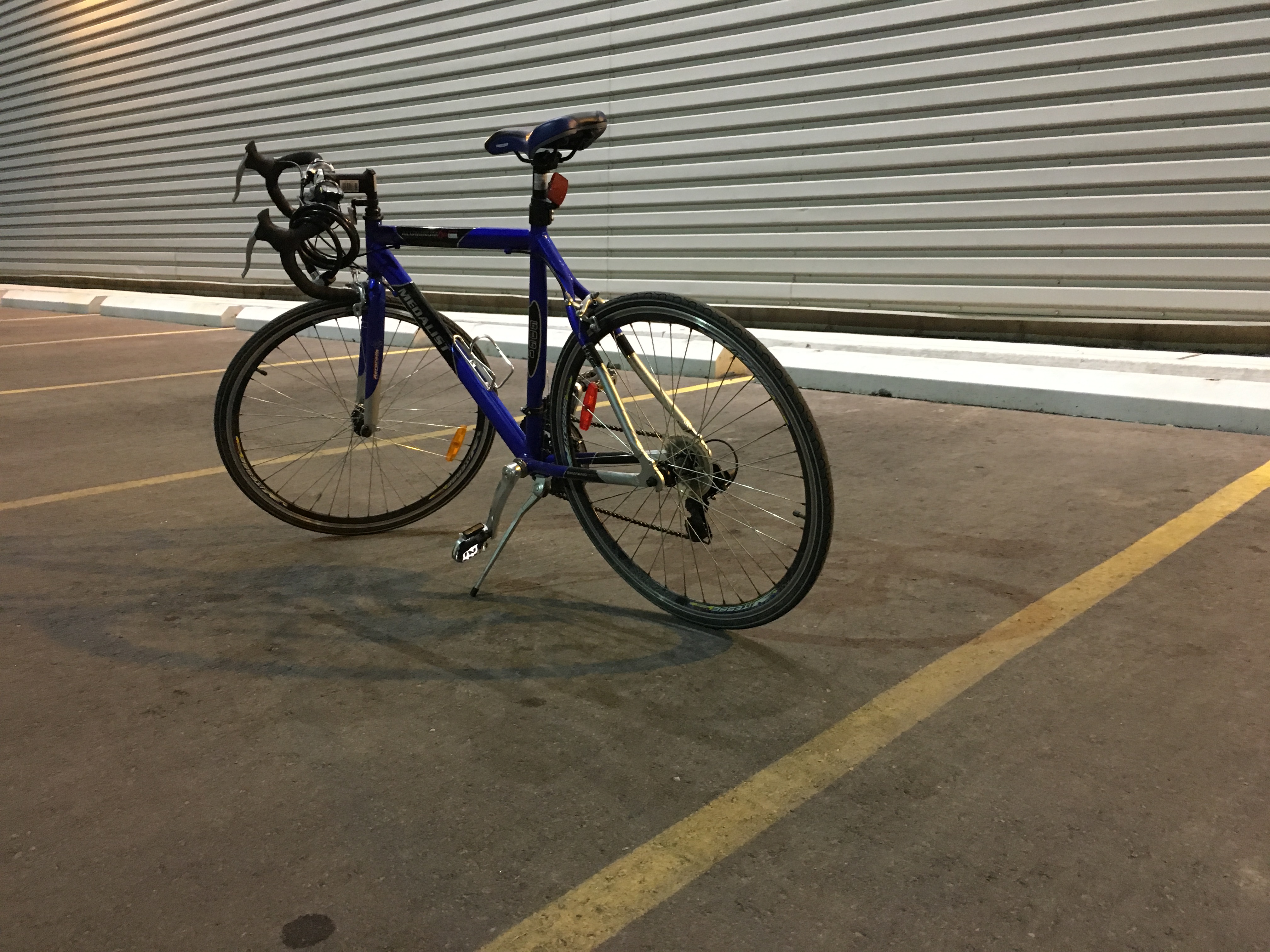 Back in the Saddle?