“BeTWEEN the Spokes of a Penny Farthing, Experiment 3, Step 3” animated GIF by @aforgrave (click for full size GIF)

This is the result of this afternoon’s experimentation into the capability of Photoshop’s Timeline TWEEN function.

First, what I’m about to report are the results of experimentation only. Typically I will go to the documentation (read: the Internet) when I don’t understand something, can’t make it work, and get stuck. In this case, I’ve probably been using TWEEN for over a year to add transition frames within a GIF to essentially mimic the dissolve experience when moving beTWEEN two images like you would expect to see in a presentation software like Powerpoint, Keynote, Slides, etc. Rather than a quick jarring switch from one image to the another, one fades as the other emerges. TWEEN facilitates this by adjusting the relative opacity of the start and end frames as it adds the specified number of intervening frames. I also use this when I have a non-looping GIF where I want to minimize the transition from the end back to the beginning.

Note that not reading the documentation means you don’t always discover the full potential of something. After making the Prisoner106.us Collection GIF a couple days ago, an opportunity for some new learning emerged. Here’s the GIF.

Kathy Onarheim (@konarheim) asked me about the movement of the button, and we discussed whether it might be less distracting if the button were to remain in one place. I’d purposely placed the button in different locations on the different sweaters before implementing the TWEEN-based transition because the sweaters did not all share the same outline, and I wanted to de-emphasize that fact by suggesting the idea of different people wearing different sweaters with different buttons. What emerged — and this is the new learning bit — was that as the effects of the TWEEN function were implemented,  not only did the TWEENing gradually transition from one image opacity to the next, but also translated the button from one position to the next! This introduced the “button sliding” effect, which — being visible — Kathy had picked up on.

Well! If that suddenly suggests that the TWEEN function can be also used to transition a layer element from one location to another over a series of frames, would it be possible to save a lot of physical positioning when making an animation from scratch?

My first inclination was to see if I could simply and easily use the TWEEN function to animate something from one side of a GIF to another.

I started with this.

Success! It works! This should be a real time-saver!

After that was confirmed, the rest of the next two hours became an exercise in getting the GIF to look better. And in documenting a few details. I think I might have been done a bit quicker had I originally made the spokes of the penny farthing thicker, as they dropped out too much if I made the dimensions of the GIF too small. (Hence the full size image available by clicking on the image at the top of this post. If the spokes don’t look to nice up at the top, try the full size version.)

“TWEEN Experiment One,  Step 3” (Trying to get the spokes to appear as if they are rolling over the 10 frames.)

“TWEEN Experiment Two, Step 3”  The image needs to be larger to see the spokes. Re-done with more frames.

At this point, I stopped trying to get a GIF to fit into a 1200 pixel width (the spokes were still iffy at that resolution, and started saving out at the native 1410 pixels. At that size I was able to tweak the number of frames across the animation, and the rate at which the frames needed to advance, and adjust the spokes (there are 4 layers that animate the spokes) so that the bike appeared to be rolling.

For each of the three following images, you can enlarge to the full 1410 pixel width by clicking on the image.

The Final Result — at only 600 pixels in width. You can see here that at these dimensions, the spokes are not as distinct as they might be. Hence, in the final version (up at the top), I saved it at the native dimension of 1410×450. (The Penny Farthing image I used this afternoon came from an existing 4-frame GIF at 512×512. I might have better results were I to go back to an earlier native .psd and re-do the spokes with a thicker line.)

Artoo vs. The Degobah Swamp Creature

The World Isn’t Black or White 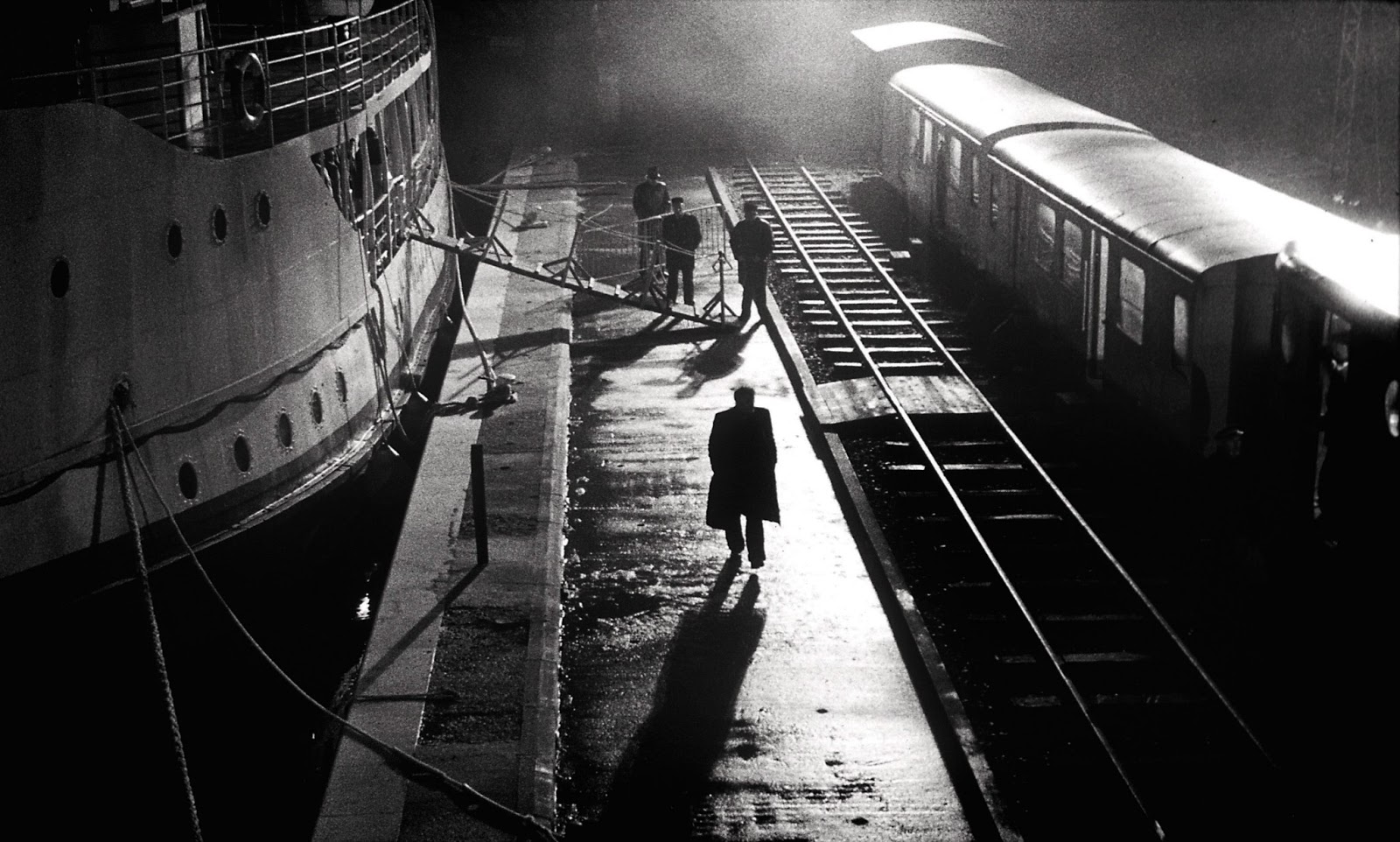