John Johnston (@johnjohnston, on Twitter) has created yet another web tool that polls the #ds106 flickr feed and allows you to create a “Lune” to accompany an image. I had not heard of the Lune before today, but it turns out to be a Haiku variant, based on word count rather than syllables. The pattern is 3 words, 5 words, 3 words. John’s tool is called Flickr Lune.

The Daily Create, tdc1991, promoted by Mariana Funes (@mdvfunes, on Twitter) asks us to create a Lune “on being a CREATORIST,” (the term having being coined by ds106 True Friend @iamTalkyTina (@iamTalkyTina, on Twitter)).

My original intent was to post a picture of the Summer 2017 Daily Create T-shirt to Flickr, and then see if I could get it to appear in the Flickr Lune search. However, as I was formatting an image that would have an appropriate space for the Lune text to be overlaid, some kind of creative bug took hold, and the next thing I knew, I had a GIF. Of course, it was a simple matter to add in the Lune text in Photoshop, and so I didn’t actually use John’s web tool for this one. Flickr doesn’t really like GIFs anyway.

To support this piece of art, I made use of:

As beautiful as this create is, it was entirely un-messy to make. A little part of me enjoyed playing with the paints without the accompanying mess. But I do plan on getting some paint on my The Daily Create T-shirts this summer. 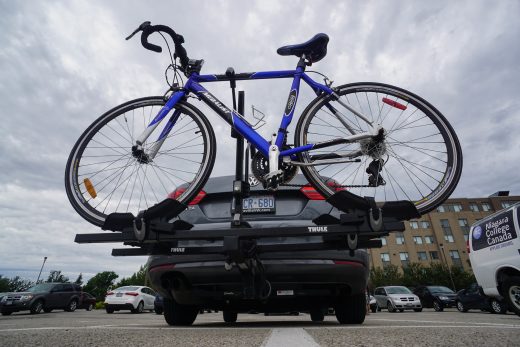 Big World After All

Anaglyph Tutorial, Part 2 – Separating the Foreground and the Background