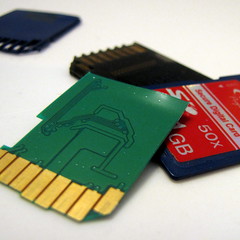 In support of my renewed commitment to the Photo-A-Day Project 365 endeavour, I’ve been transferring images off of memory cards, and started sorting and cataloging photos from as far back as the summer of 2011. It’s actually been that long since I took a disciplined approach to managing my images!

Some may recall (Giulia, so patient!) that it took me most of August 2011 to get whittled through my 800+ photos from Unplug’d11 (I was somehow quicker this past year! I didn’t take as many pics.).

Things like our family trip to Washington D.C., however, or the Windsor photo walk in August with Diane Bedard (@windsordi) and Alan Levine (@cogdog) never did get sorted out in the mad rush of the weeks preceding the return to school in September. (I was getting ready to teach in a new school you may recall, but we found out the week before that it wouldn’t be ready, so we set-up in my previous school, but I had to unpack in a completely different space, and then we moved to the new school after four weeks once it was ready, … yada, yada, yada…)

So, while I’ve not yet posted any of those images as of yet, I came across an animated GIF that I completed this past summer (2012) during our family holiday in Québec on the shore of the St. Lawrence. In checking back on de•tri•tus, it turns out it got lost in the shuffle and was never posted! (It’s not the only piece of art — or piece of writing — that got misplaced or unfinished when something else captured my attention.)

However, in the spirit of GIFestivus2012 — and perhaps with a nod towards the current political/education situation in Ontario, I present, Advancing Storm.

This GIF was made from two panorama shots that I took with the iPhone PANO app while on the beach below the cliff. Between the time of the first panorama and the second one, the clouds swept up the river, and by the time the app had started stitching the second image together, I was booting it for the stairs back up the escarpment to the house.

Made from only two images, the animation is somewhat artificial — I’m fairly certain I used the ‘tween feature to cause a gradual shift from the first to the second image — either that or I effected something hand-crafted using layers and transparency. But the overall effect is not unlike the very rapid darkening of the sky that took place on or about July 12th, 2012.

As an afterthought, I’m going to submit this for a new Animated GIF Assignment #892: “GIF the Weather, Man!”  Care to join in the fun?

(BTW, I’ve also found my long-uncompleted Bladerunner GIFs from that same week. I’ll get those finally sorted out and post them shortly. My newly GIFestivus2012-enhanced GIFfing skills should help in that regard.)

And thanks to Rowan Peter (@rowan_peter) and Alan Levine (@cogdog) for their support in clarifying that, yes indeed, you CAN post animated GIFs to Flickr (with a name like that, why not??) — AND have them animate!!