The Bunkhouse One group for Camp Magic MacGuffin is looking to establish an identity through a name and group logo.

Welcome to the Monkey House is a collection of short stories by Kurt Vonnegut, first published in 1968. Maybe we could be The Monkey House? 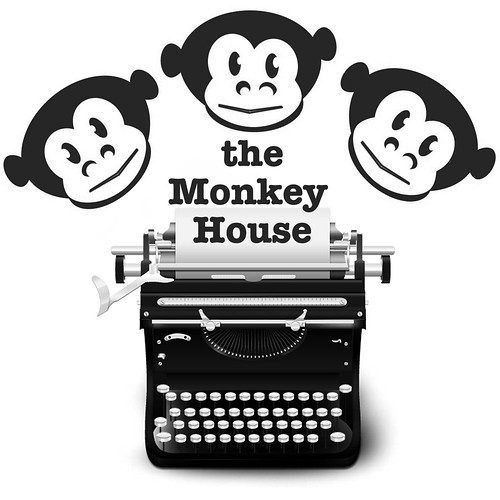 The DRAFT 1 logo is designed to fit a traditional square avatar/icon footprint. I’d like to make some adjustments to the spacing around the edges — the ears are too close to the boundary for my liking. 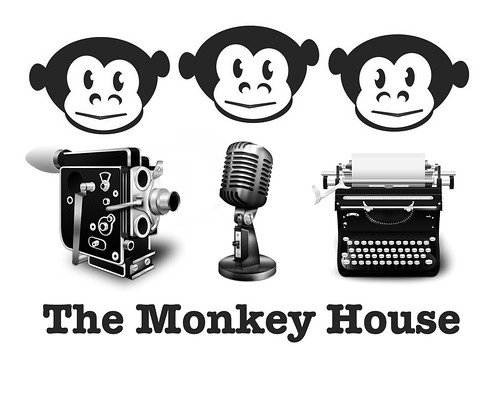 Draft 2 is nice in that it includes all three of the retro icons together. Another option would be to have three variations on Draft 1, with each of the typewriter, microphone, and camera substituted in the centre.

The oh-so-cool retro icons are by Mike Demetriou — they really seem to capture the visual, auditory, and text modes of storytelling as exemplified by ds106 The Daily Create in an old-school Vonnegut kind of way.

I replicated the monkey from an old clip art image using vector objects in Fireworks. In these drafts, the three monkeys are identical. In a later draft, I’d individualize them — possibly adding hands to wind up with the See-No, Hear-No, and Speak-No monkeys.

So, does Bunkhouse One like the homage and idea (and catchy title!) of being Monkeys?

Update: 1:33 PM June 1st   At this point, there are 26 suggested names for Bunkhouse One.  Eight of them feature Monkeys!

A Different View to Car 106