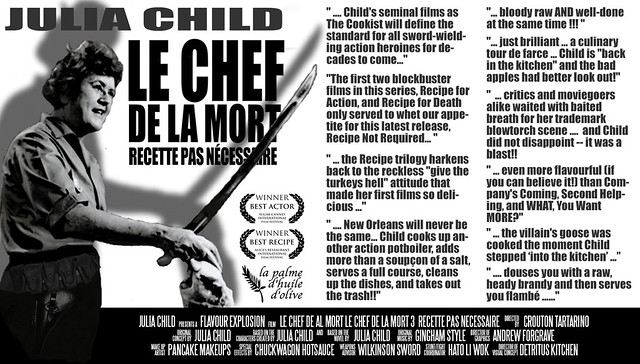 “Julia Child is “The Cookist” by aforgrave, on Flickr

On Wednesday, January 23rd, the prompt for The Daily Create was just too good to ignore. Ideas started flowing even before I went seeking an image to use for the assignment.

See — how could you not want to try that?

This particular Daily Create took me a long time to complete — in part because I was really enthused about the concept, and in part because I was wrestling with a technical issue that had me downloading the image editing application Gimp to a backup computer and working there with that similar-to-photoshop-but-different software. In the end, after spending a lot of time working within Gimp on Wednesday evening (and again on Thursday evening), I finally got things sorted out on my main computer and switched back over to Photoshop tonight to get to where I wanted to go. It became much easier and quicker then to access the tools where I was used to finding them and finish the job.

However, even before I had approached my computer to make a start on Wednesday, I’d done some background reading about Julia Child on the iPad, and had a number of possible titles and “critics comments” bouncing around in my head that were looking for a home on the poster, so I was certainly motivated to push on and get the poster done, rather than leaving it unfinished.

So Although this didn’t wind up going exactly the way I originally envisioned it, I learned a lot along the way.

Rather than extending this post, I’m going to write up the details above as a quasi-tutorial, using the following headings:

But this Daily Create was fun. It needs to be a full blown ds106 assignment. 🙂 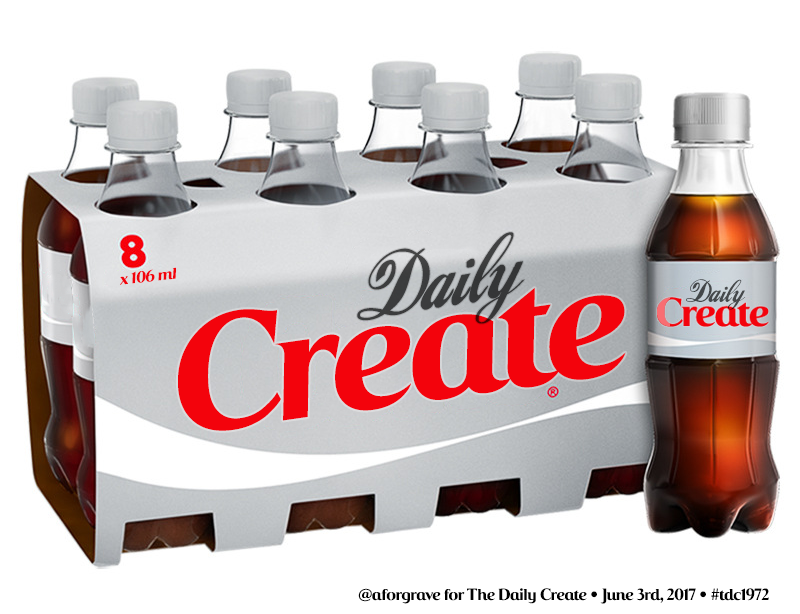 Manufacturing Radio: This is That