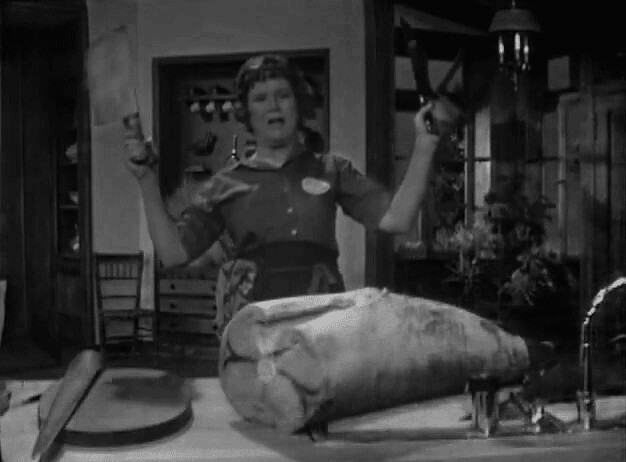 A poorly developed film negative (see above) resulted in this scene being edited out of the final cut of the third film in Julia Child’s “Le Chef de la mort” action trilogy, “Reçette Pas Nécessaire.”

You can get some sense of the original drama in this animated GIF assembled from the ONLY two frames that could be salvaged from the scene:

As her fans know, Child was often heard exclaiming, “Why use just one knife, when a cleaver and a handful of knives can do such a better job?”

It is commonly agreed upon in Hollywood by people in the know that due to the unfortunate mishandling of the original negatives for this scene in “Reçette Pas Nécessaire,” when the effect was again attempted many later by the same cinematographer while working on The Shining, it was the latter film that benefited from the first exposure of the effect to theatre-going audiences.

A GIF from The Shining, commonly agreed to be derivative of the original (but damaged) scene from the much earlier Julia Child film “Reçette Pas Nécessaire.”

Most agree that, despite the improved technology used in the later film (better lenses, larger film stock, and most notably, colour), the use of a single knife and the absence of a corpse within the shot diminishes the effect from that of the Child original. There is no doubt that the later entry is clearly derivative.

“Oh, we saw The Shining once on VHS,” Child said many years later. “It doesn’t bother us in the least. We had fun making our films, and after a career of sharing our expertise in both the cooking and film industries, we’re just happy to see that our work is being valued, re-heated, and re-served to sate the appetites of today’s young people.”

This is my first official (albeit contrived) entry for the Visual Assignment 2: Say It Like the Peanut Butter assignment. Yes, this GIF is from television, rather than from a favourite movie, but it stands on the originality of the flickering knife effect, the resultant homage that it pays to the assignment, and also helps to set the record straight about the true origin that Shining GIF. LOL.

(In actuality, a static image from this would have been my preferred photo source for my submission for  The Daily Create TDC 381: Julia Child Action Poster, but the quality of the video was too poor and too dark.)

imaginages mixed-up media something made

On Being A Monkey 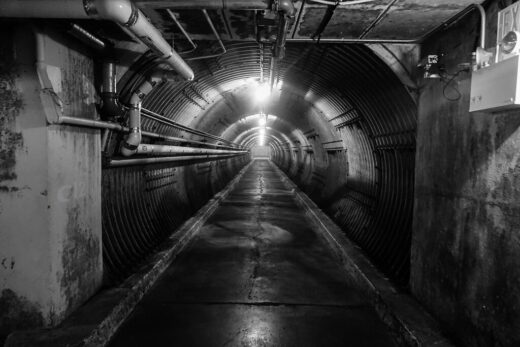 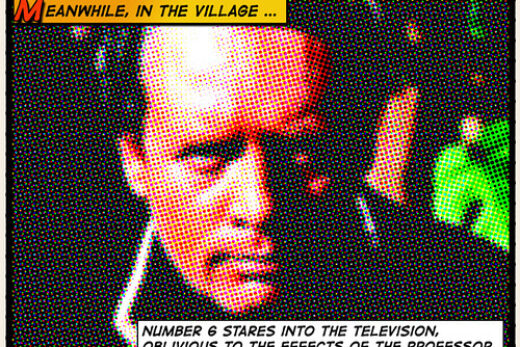