The answer is definitely yes. People can hear you sing.

Just released today. Just in case you haven’t seen and heard it yet. Or in case want to see it again. (You do!)

Chris Hadfield (@cmdr_Hadfield), Canadian astronaut with guitar, and Ed Robertson (@barenakedladies), together with the Wexford Gleeks, a youth choir from the Wexford Collegiate School for the Arts, perform “I.S.S. (Is Somebody Singing)”. Commander Hadfield has been in space, aboard the International Space Station, while he and Ed Robertson composed and performed the song.

Chris Hadfield had already played Voyager, the Six-String Nation Guitar, when I had my opportunity last August at Unplug’d12. That historic guitar did not accompany Chris into space, but his mission patch was already sewn into the case lining at the time when I came into contact with it.  “Many Canadians have played this guitar.” 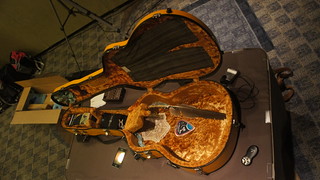 Guitar case for Voyager, the Six-String Nation Guitar. Chris Hadfield’s ISS mission patch is sewn into the lining, centre back. by aforgrave, on flickr 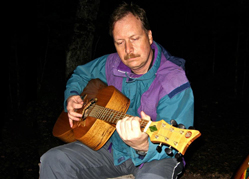 If you’ve not seen or heard of Voyager, the Six-String Nation Guitar, then the link bears following and some time investigating. The guitar acts as both a focus, and a conduit for wonderful stories of Canadian heritage and citizens.

Physically constructed from scratch out of veritable pieces of Canadian history (Maurice “the Rocket” Richard‘s 1955 Stanley Cup ring, Prime Minister Pierre Elliot Trudeau‘s canoe paddle, a section of the Haida peoples’ sacred Golden Spruce from B.C., a piece from the original Bluenose schooner, a 1955 wooden nickel made  from the salvaged remains of the Maid of the Mist) — each piece is tied to a wonderful story of Canada and Canadians. It is a wonderful pleasure to hear Jowi Taylor, the force behind the project, share the story of the the guitar, the people it represents, the people who have played it, and the stories that they have shared.

I’m sure that Ed Robertson has also played Voyager, and so that makes three of us now, along with over 150,000 Canadians who have also had the opportunity.

What is it they say about the six-degrees of separation decreasing to something more like four in this connected age?

As I ponder  historical voyageurs, travel, and space probes, I can’t help but think of how the even just the name Voyager  spans communities, history, time, and space.  Stories of journeys. Pieces of history, travelling.

And so another story enhances  our connection and deepens our shared understanding. 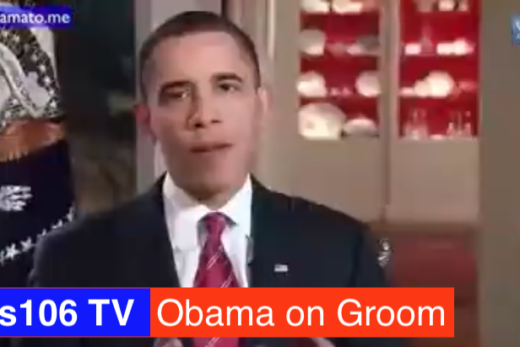