Another ds106 assignment for Design Week is the ds106 Propaganda Poster: Create a propaganda poster for ds106. Use your photo editing software of choice and write a message to inspire your fellow ds106ers. 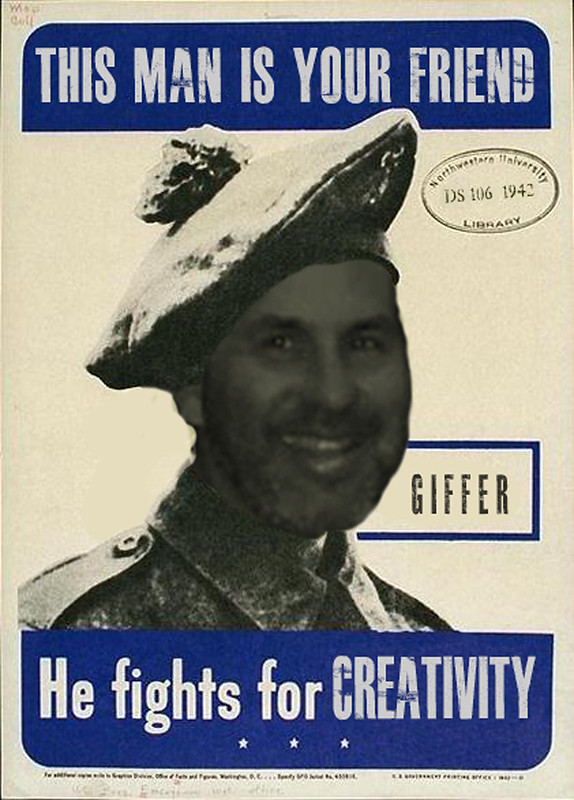 “This Man is Your Friend,” by aforgrave on Flickr

If you don’t know Alan Levine (and many of you must, if you are reading this via the ds106 stream), then you should. Alan, currently teaching the Spring session of University of Mary Washington‘s for-credit course in Digital Storytelling, is also one of the prime forces in the ds106 community — be it for-credit or #4life.

I first met Alan in person during the summer of 2011. I had been invited to Windsor by our mutual Flickr friend Diane Bedard (WindsorDi, on Flickr), who was hosting a get-together for Alan during his 2011 CogDog Odyssey. Between the time I had been invited earlier in the year and the time we got together in August, I had heard Alan interviewing folks on ds106radio about the first Unplug’d event that they had attended as he traversed Canada. I had been at Unplug’d, and found Alan’s interviews to be a marvellous way to hear how friends at the event had been reflecting on things, as I had certainly been, since the get-together. Alan followed suit with another such interview at Diane’s, where I tried to verbalize that Unplug’d “was more than a bunch of Canadian hippies camping out in the woods.” Following the visit and some marvellous photowalks with Diane, the Big Red Dog followed my Jetta to Hamilton, where we met up with some other Unplug’d folks, and a couple weeks later, Alan stopped by in Belleville for dinner and then, unexpectedly, a very important ds106radio broadcast, before he headed south to Baltimore.

Alan has been an important friend ever since. And he is an integral part of ds106 and ds106radio. So he gets his face on this poster. And he will like what it said before substituted the text which now reads GIFFER. 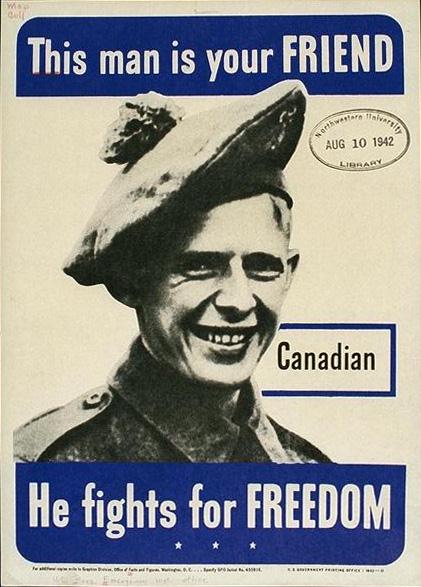 Read theWikimedia entry for this image

When I came across this original propaganda poster (I had searched for Canadian WW2 Propaganada posters), this was one of the first images I saw. At first, I was going to stick the bava‘s face on there, but (sorry, Jim), a flash second later, I decided to honour Alan.

Much to my chagrin (counter-balanced by my decision moments ago to formalize my use of TinEye before starting in on any future found-on-the-internet image re-mix projects) I worked on a small 421×587 image before finding a cleaner and less discoloured 2,164 × 3,000 tiff moments ago. It was a struggle to my developing photoshop skills to get the colour from Alan’s image face (Giulia Forsythe’s photo, DS106 Panel – Alan, D’arcy, GNA) to match, but in the end, I am happy with it.

After experimenting with the What the Font font finder and discovering that it was a useful tool to guide you to $40-a-pop font licences on MyFonts.com, I dug around on Dafont.com and FontSpace.com. I played around with a few, and had settled on  Headliner No. 45 — that is until I did a last minute switch to Billy Argel‘s font, Masterplan, which I had already used for the GIFFER text. Headliner No.45 had a couple of little almost serifs that didn’t match the original.

I found a lot of other Canadian Propaganda posters (Canadians and propaganda, who knew?) in a forum post on Canadaatwar.ca, and may just do another, if the time and mood coincide.

Thanks for leading a great charge on the Battle for Creativity, Alan!  You rock teh ds106 #4life. Truth.

Picard’s Heart of Oak GIF Variation of Rehearsing the Service