Anya Kamenetz (@anya1anya, on Twitter) has a pending appearance today on ds106tv, and so yesterday’s The Daily Create for September 11th, 2013 asked us to celebrate the event:

TDC612: We predict the next book by @anya1anya is about #ds106. Design her some cover art.

I had to do a bit of research on the web to get an initial context, but after following a link from Anya’s Twitter profile, I quickly found something that I thought I could work with.

After some initial attempts at trying to get a decent screen capture, I decided that, yes, even better, the product would be GIFfable. (DS106 Art is almost always better when GIFfable. It is that oh-so-minor GIF-EYE-TIS affliction that compels me so.)

As I write this, I have several variations to share — and will be challenging myself to see if it is technically possible to do a final version — which if successful, will be posted on its own. However, in the mean time, there is not only the GIF-supported animated version displayed to the left (click on the image or this link to see a larger version) but also some nice, 3D representations of the book cove below.

Note that as I moved from the GIF version to the 3D versions, it made sense to slightly alter the cover to arrive at a more appropriate static image that put the DS106 pirate logo in-place on the matrix rather than sitting off to the side like a colour key as it does in the animated version.

Screen captures for the cover were obtained from The Edupunks’ Atlas — which made for quite an interesting challenge as I adjusted both my browser window width and my browser magnification to get as close to the right layout as possible.

The 3D book cover template was sourced originally from Google Images, but led me on a merry chase for the free source PSD files that led to many sites offering premium download speeds — at a price. In the end, I found a working link for a “free” slow (23 seconds) option that finally gave me the paltry 6.1MB .rar file and was able to extract and use the .psd file with only a small lingering concern that the file might be a vector for malware. Fingers crossed on that.

Making the 3D versions wasn’t too difficult once the background image had been obtained.
Essentially, the cover image is 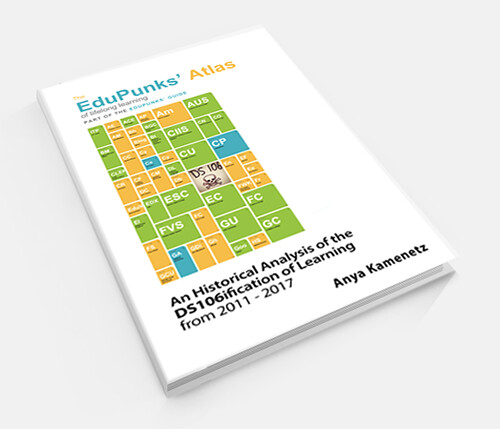 I also explored a static 3D version of the original GIF layout …. 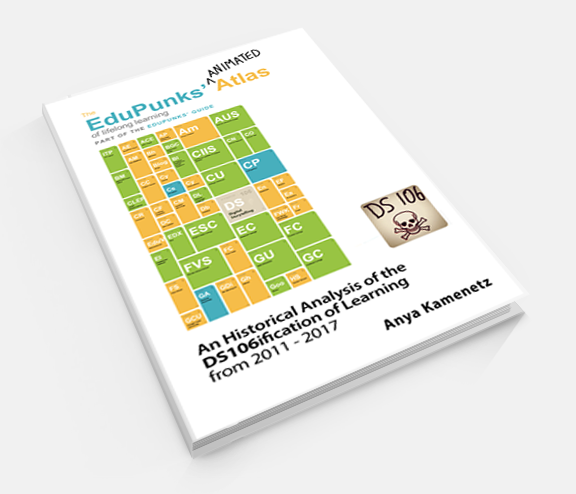 and, of course, had to first make flat version of the modified (non-animated version) before the 3D treatment could be done. 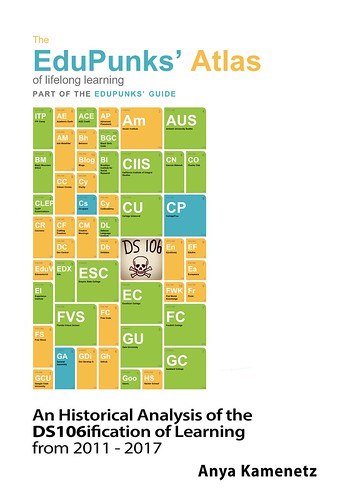 I’m now going to challenge myself to see if a nicely grouped set of layers from the animated GIF version will behave nicely when I try the scale, rotate, skew them into place on the 3D template. Fingers crossed for success in my pending attempt at a 3D animated GIF version…. 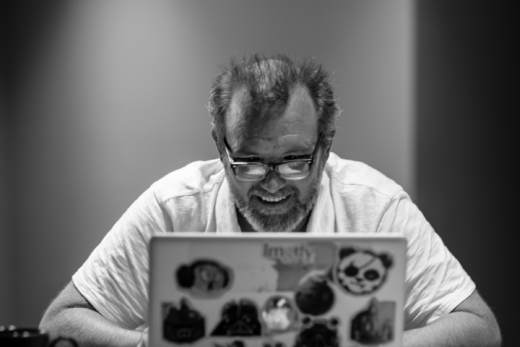