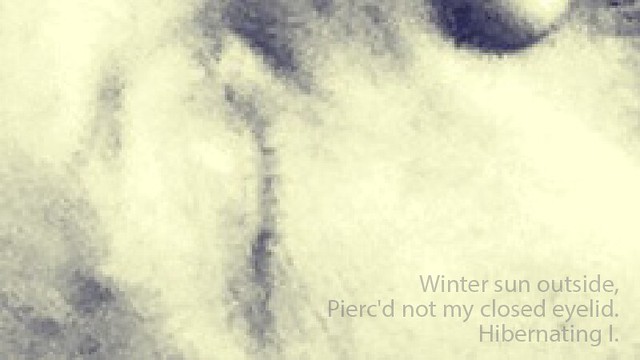 The Daily Create today called for a Haiku. And that was just fine by me. But when it came time for my 2013/365 picture, I was looking for a subject. Revisiting the Haiku provided the subject, and I added the poem to make an art print. Unfortunately, the original image was cropped, and so it would make for a very tiny print, if ever printed at scale. I’ve enlarged close to 350 percent as it is.

The title comes from having mulled over using “Cybernating” as opposed to hibernating. Cybernating is perhaps hunkering down inside where it is warm during the winter months (like hibernating), but adds the dimension of travelling the Internet. I liked the idea of propagating the word, but hibernating made more sense logically. So I used cybernating later in the title.*

As for “scansion” — I’m not convinced the word exactly describes what I went searching for on the net (while “cybernating”), but it must come close. I was looking for a term describing the reading of a word with varying numbers of syllables depending on the meter necessary for a poem.
(In the second line it is intended that you read close-ed to get the seventh syllable.)

scansion: Describing the rhythms of poetry by dividing the lines into feet, marking the locations of stressed and unstressed syllables, and counting the syllables.
I particularly liked this find:
Scansion: Part One and Scansion: Part Two on Blogging the Dane

So today’s Daily Create led to a Haiku, *, a bit of web searching and some related learning, and then a photo and a tiny art print. Works for me.

*re: cybernating — turns out it already exists, and is listed in the Urban Dictionary. I go with the second half of the second definition. The first would be the opposite to that, and not what I had in mind.

cybernating:
1. when somebody is usually online all the time, due to a hardline, constant internet source, and then disappears for more than forty eight hours without a trace.
2. hibernating in cyberspace, as in “You’ve been beary busy cybernating lately.” 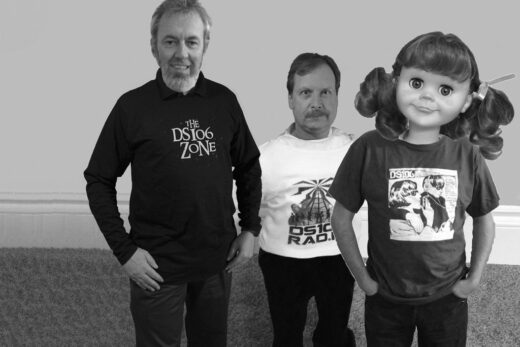