Well, a quick check of the Twitter following my last post showed that the conversation regarding a DS106 Workspace pen has continued since Todd Conaway (@Todd_Conaway) introduced it last night. 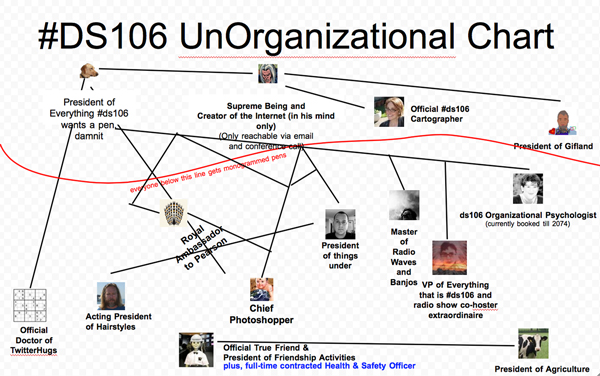 While some folks have apparently already started to receive monogrammed pens via email, my experiences with Zazzle.ca and other companies specializing in short-run, quick-turnaround real-world merchandise had me thinking about an actual, tangible souvenir from The DS106 Workspace.

Although neither Zazzle nor CafePress offer pens, the Internet offers up plenty of such merchandisers who can do small-run personalized pens. Following a few links led me to a company that can do a 5-day turnaround on full-colour ballpoint pens — artwork to fit within a 4.127” x 1.207” imprint area — at about 39 cents per pen in a quantity of 300.  $5 would get you ten pens.  That would be enough for 30 participants.

Grabbing a nice psychedelic hippy image from the web, I superimposed my DS106 Workplace logo overtop, and voila!

Anybody want a souvenir pen? Here’s a mock up of what they would look like. 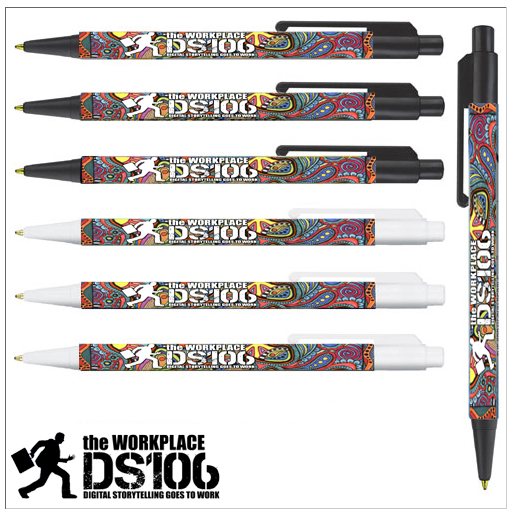 “The DS106 Workplace Psychedelic Pen.” by aforgrave, on Flickr